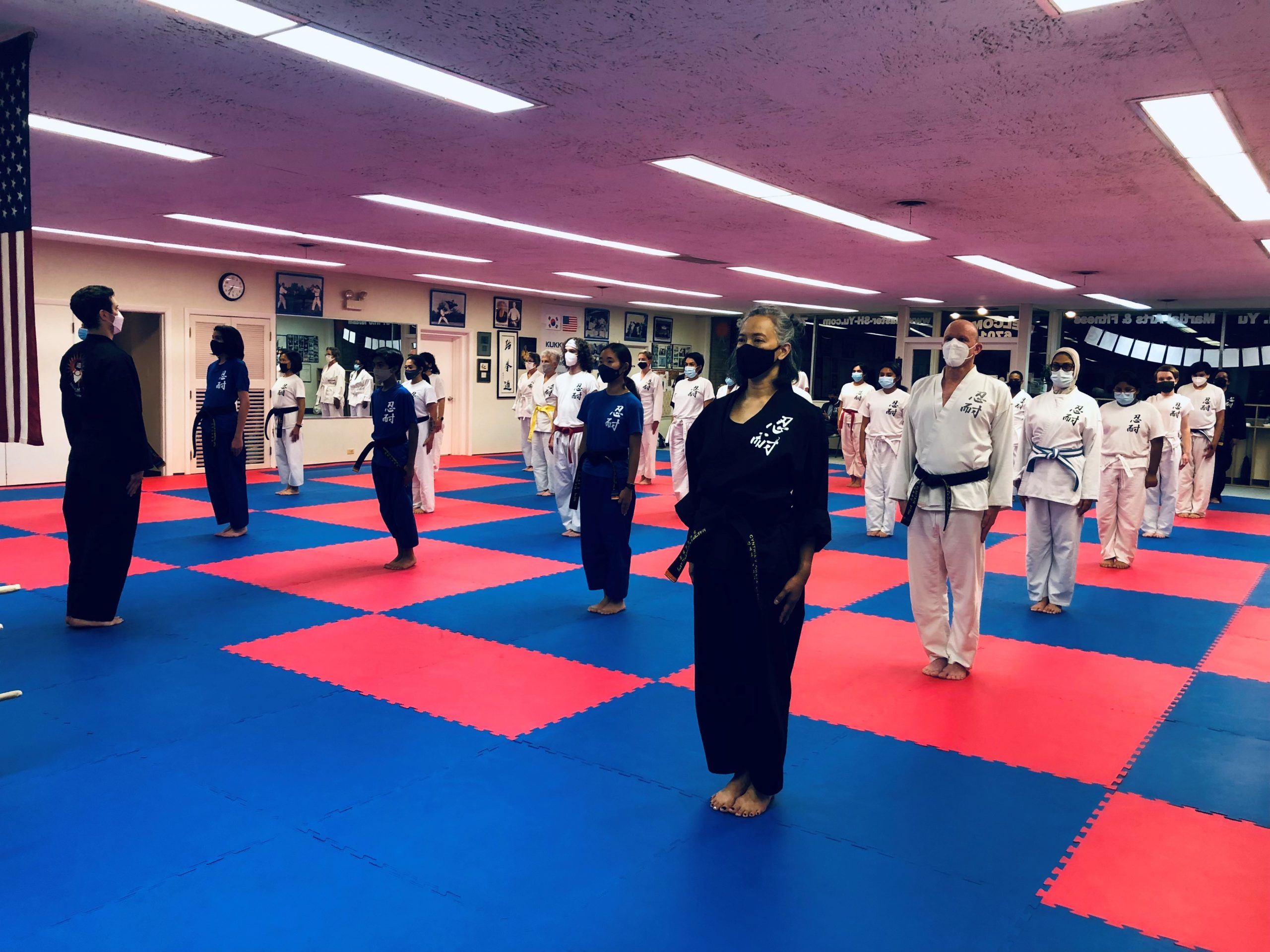 Karate developed over centuries and was refined by several masters (rather than one). This style of martial arts originated on the island of Okinawa approximately 500 years ago as a means to stop the use of weapons and prevent war. Instead of fighting with weapons, warriors fought with their hands.

In fact, the original term for karate (the discipline was not called karate back then) could be loosely translated as “gentleman warrior”. Often referred to as Okinawan martial arts, karate’s main historical purpose was to be a gentleman first and a warrior second.

Taekwondo, one of the oldest forms of the martial arts, also has a rich history. It began 2,000 years ago in Korea. The term used to describe taekwondo is fitting: “Tae” means foot; “kwon” means hand; and “do” means art. A practitioner of taekwondo defends herself with her whole body. 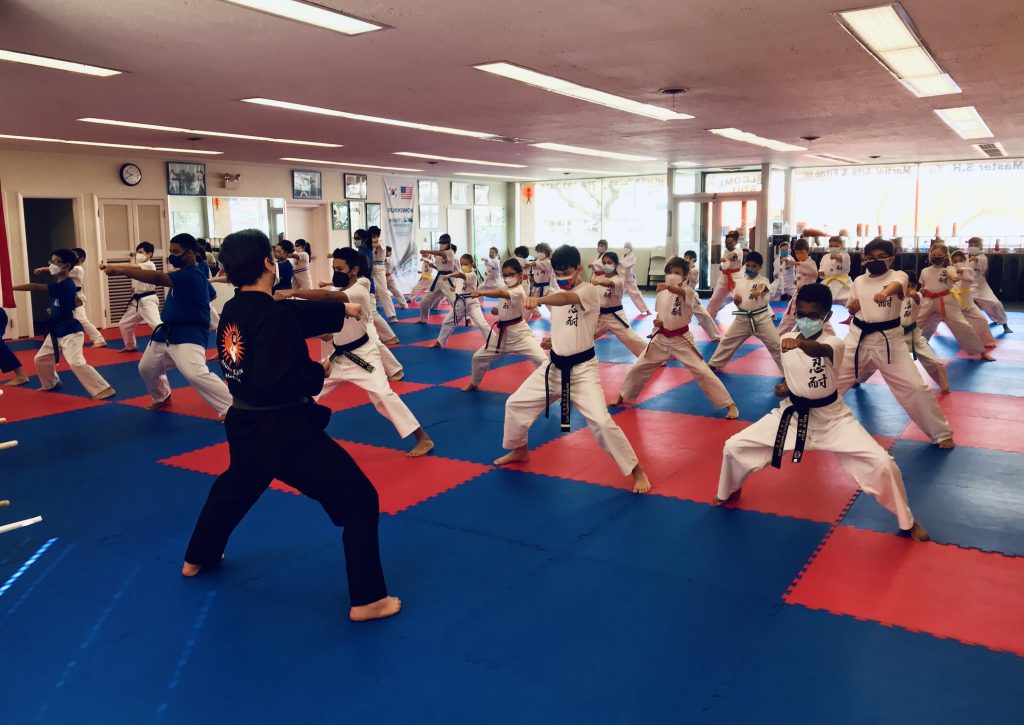 Karate practitioners focus on hand dominance—rather than leg dominance. An accurate division can be exemplified by the use of 70 percent hands and 30 percent legs. Knee and elbow strikes are not uncommon in karate, and kicking techniques are utilized to a certain extent.

Taekwondo, conversely, primarily focuses on kicking with the legs, with the hands serving as backup. Practitioners of this discipline defend themselves with a series of kicks, jumps, and spins. The leg stance is different than the one used in karate, since the body must be prepared to perform fast kicks.

On the other hand, taekwondo competitions are more focused and based on a specific point system. For example, the martial artist is awarded three points for a kick to the head, two points for a spinning kick to the torso and one point for a straightforward attack on the torso.

Both karate and taekwondo use the belt system. However, the colors and sequence differ between the disciplines. The white belt, which indicates the beginning point, is the first belt a karate student will wear. Upon learning the fundamentals and passing a test, the karate student will earn a yellow belt.

Progress in learning techniques leads to the third belt, which is orange. As abilities improve, the green belt is followed by the blue belt. The brown belt is awarded when the karate student has developed both mental maturity and physical skills. The black belt is reserved for advanced karate practitioners.

Taekwondo students advance through the belt ranking system, too. Eight belts can be awarded, starting with the white belt. Following the beginning white belt are the yellow, blue, red and red/black belts. Further advancement leads to the Cho Dan Bo, black/white and, finally, the black belt.

Black belt levels, up to nine, are also important. Nine is a significant number, since the numeral is considered perfect according to Korean belief. Ten years of training may be required for an average taekwondo student to progress from the beginner black belt to the master black belt. 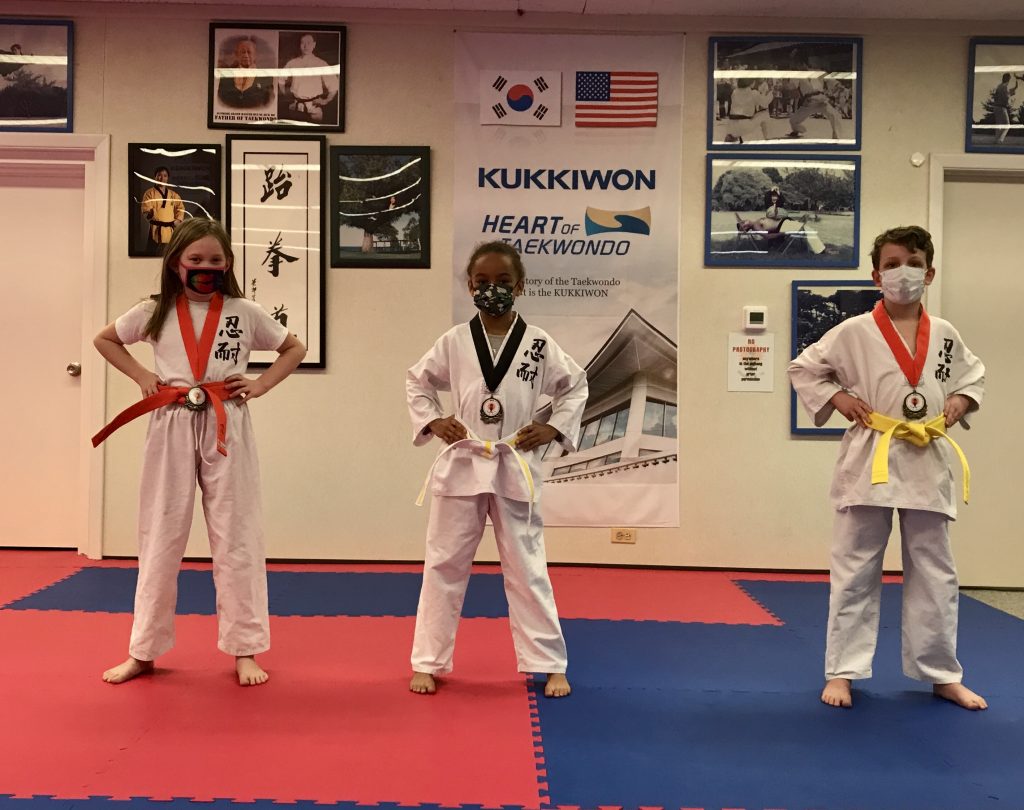 No matter whether a student chooses to pursue karate or taekwondo, the discipline will transform the individual’s mental and physical abilities quickly. Both disciplines teach the fundamentals of self-defense techniques, so that the practitioner is prepared to defend herself in any type of environment.

Personal preferences should be an important consideration when deciding between karate and taekwondo classes. Some students may be more inclined to favor the use of their legs rather than their hands—and for these students, taekwondo may be the suitable choice.

Similarly, the prospective students may be more adept with their hands, causing them to naturally gravitate toward learning karate. Athletes who have experience with the sport of boxing may also have a desire to continue focusing on their hands, making karate the most practical option.

Geographic location plays a role, too, in what martial arts a student chooses to study. In some areas, martial arts schools may offer one or the other discipline. A student may want to try both, especially when the school atmosphere, instructors, and school dynamics are well-matched. 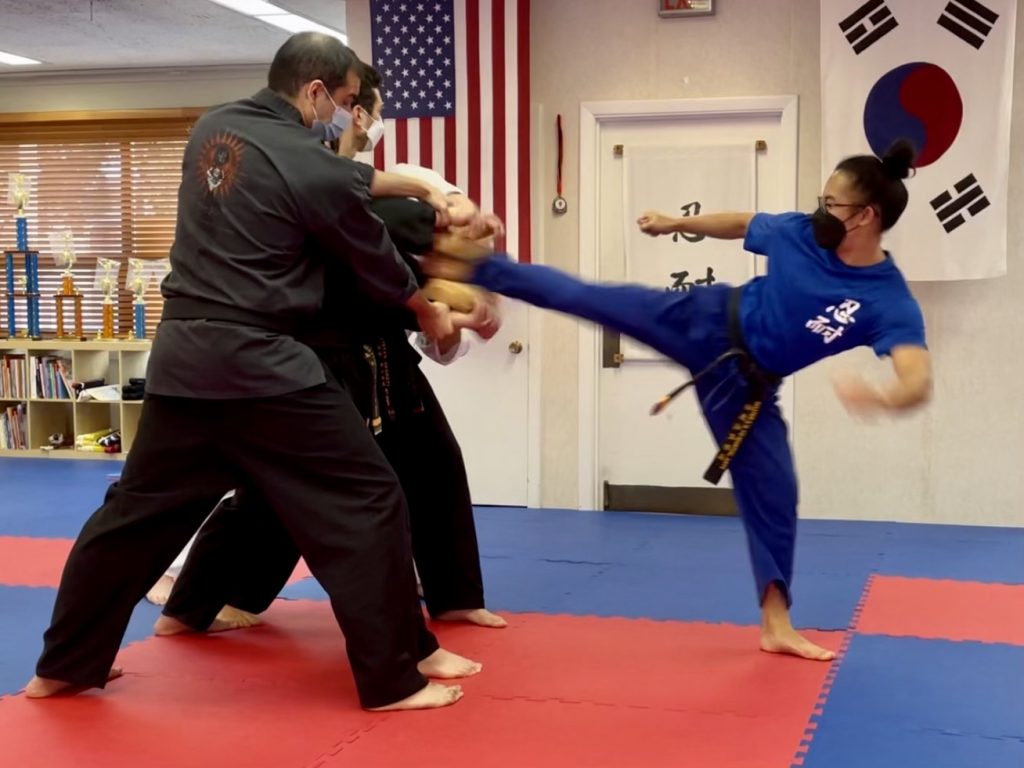 When you have the desire to learn a martial arts discipline, choose Master S.H. Yu Martial Arts. We offer high-quality martial arts classes in taekwondo, karate, and other popular forms. Not only do we physically train students in these ancient disciplines, we also help them strengthen their minds.

A peaceful mindset is necessary to execute the many techniques in taekwondo. Uniting the mind and body allows the practitioner to take the right stance in any given circumstance. Martial arts students who train in taekwondo bring harmony to their overall lives.

Sr. Grandmaster Yu is internationally recognized for his expertise in taekwondo. You will learn directly from him or through our other distinguished instructors, who have earned various degrees of black belts. All our instructors share a passion for teaching taekwondo.

What Do the Colors of Traditional Martial Arts Belts Mean?

UPDATE:  THANK YOU to All who took the time to VOTE and for making us…

The Spirit of Martial Arts Dedication: An Instructor’s View