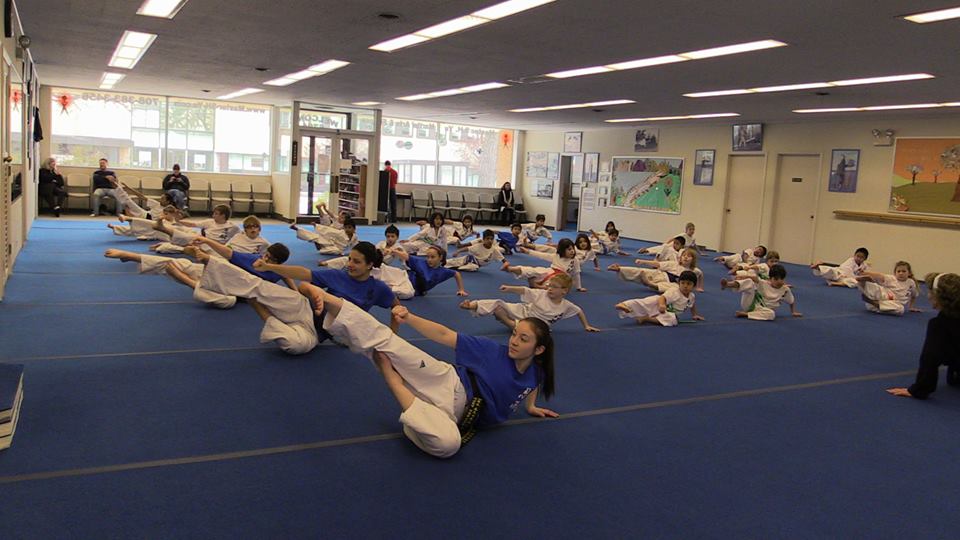 Young kids’ eager minds grasp new ideas and techniques readily. Childhood is one of the best times to start on the path toward self-respect, respect for others, respect for healthy authority figures, as well as physical health and emotional balance. Studying karate or other forms of martial arts offers young kids the chance to develop both physically and emotionally—at once giving them an opportunity to reach their peak potential.

Participating in karate classes offers children numerous advantages. The main benefit is the lessons they absorb in training, including the ones that follow, are carried over into other areas of their lives, such as in the classroom, during extracurricular activities and even at home. Martial arts…

Building reflexes to stand up to a threat is important for children. Learning self-defense maneuvers is a key skill that is developed by learning karate or other martial arts. When children are confronted by bullies, the techniques they learn in karate gives them the ability to defend themselves.

While defensive encounters take skill, having the confidence to stand up to trouble is invaluable, especially for those who are at a malleable age. In karate classes, instructors provide continual encouragement and feedback, which, in combination, builds students’ self-confidence levels as well as proper technique.

In martial arts programs, such as Tae Kwon Do, kids quickly learn that an opponent’s physical size matters less than mental hardiness. Small children’s confidence levels soar when they discover in their martial arts classes that solid technique can overcome an adversary who is twice as large or strong.

Karate classes, especially, revolve around a ranking system, where higher belts equate to improved skill. As children progress and earn higher level belts, they serve as leaders for lower-level students, often assisting with coaching and offering support. Self-leadership is a concurrent side benefit.

Leadership traits depend on both self-respect and respect for others. Both of these essential forms of respect are developed during the young martial arts students’ regular training. As class participants bow to their teachers or wait for instructor commands, respect for authority is instilled.

In order for kids to advance to the next ranks, they must prove their skills. Strengthening their competence takes perseverance. Wearing upper level belts requires a demonstration of correct technique, which can only be achieved through consistent effort and dedication to the discipline.

Additionally, in the martial arts youth learn to set individual goals to work toward. Young participants in karate classes are keen on earning their belts, with the black belt, and subsequent degrees and instructor levels being the highest distinction. Students learn to prioritize activities to reach their intended goals, perhaps even surpassing them.

Resilience is also developed when children study the martial arts. For example, young karate students who are confronted by bullies summon their learned resilience and coping mechanisms to handle the threat. Plus, the resilience they build transfers over to academic performance and social and emotional effectiveness.

In the martial arts, constant repetition of various moves is performed in order to achieve perfection in skill. Kids learn that the only way to progress in karate classes is to punch or kick using correct technique—and feats like these are only achievable through self-disciplined practice.

Given that karate classes, unlike seasonal school sports, are available throughout the year, children have the chance to hone their skills through self-disciplined training all year long, and build a lifelong practice. With the consistency of karate lessons, kids who learn to become increasingly disciplined perfect their technique at a faster rate.

Martial arts is not a sport; rather, this style of physical and mental challenge is a lifestyle, one that requires the full commitment of the fighter’s mind and body. As a result, the self-discipline developed in martial arts classes extends into other areas of the child’s life.

Regular physical activity of any form helps children develop and maintain a healthy body weight. One-hour long martial arts classes three times per week are sufficient to meet the US Department of Health and Human Services’ recommendations for physical activity.

Children who embrace the martial arts learn to enrich their bodies with healthy foods and nutrients as well as the right amounts of physical activity. As these martial arts students grow into adulthood, their childhood karate lessons will have piqued their interest in maintaining a strong and fit lifestyle.

When studying martial arts, kids might choose Tae Kwon Do, where the child learns joint locks, punches, and kicks. Jiu Jitsu is another form, where youths focus on throwing their opponents. If maneuverability and agility with artistic weaponry is an interest, children can choose to study Kumdo, Korean swordsmanship.

Children who are eager to leap into practicing the martial arts will find outstanding programs at Master S.H. Yu Martial Arts in Oak Park, Illinois. Internationally recognized instructors teach a variety of martial arts forms, including karate, Tae Kwon Do, Hapkido and Kumdo. 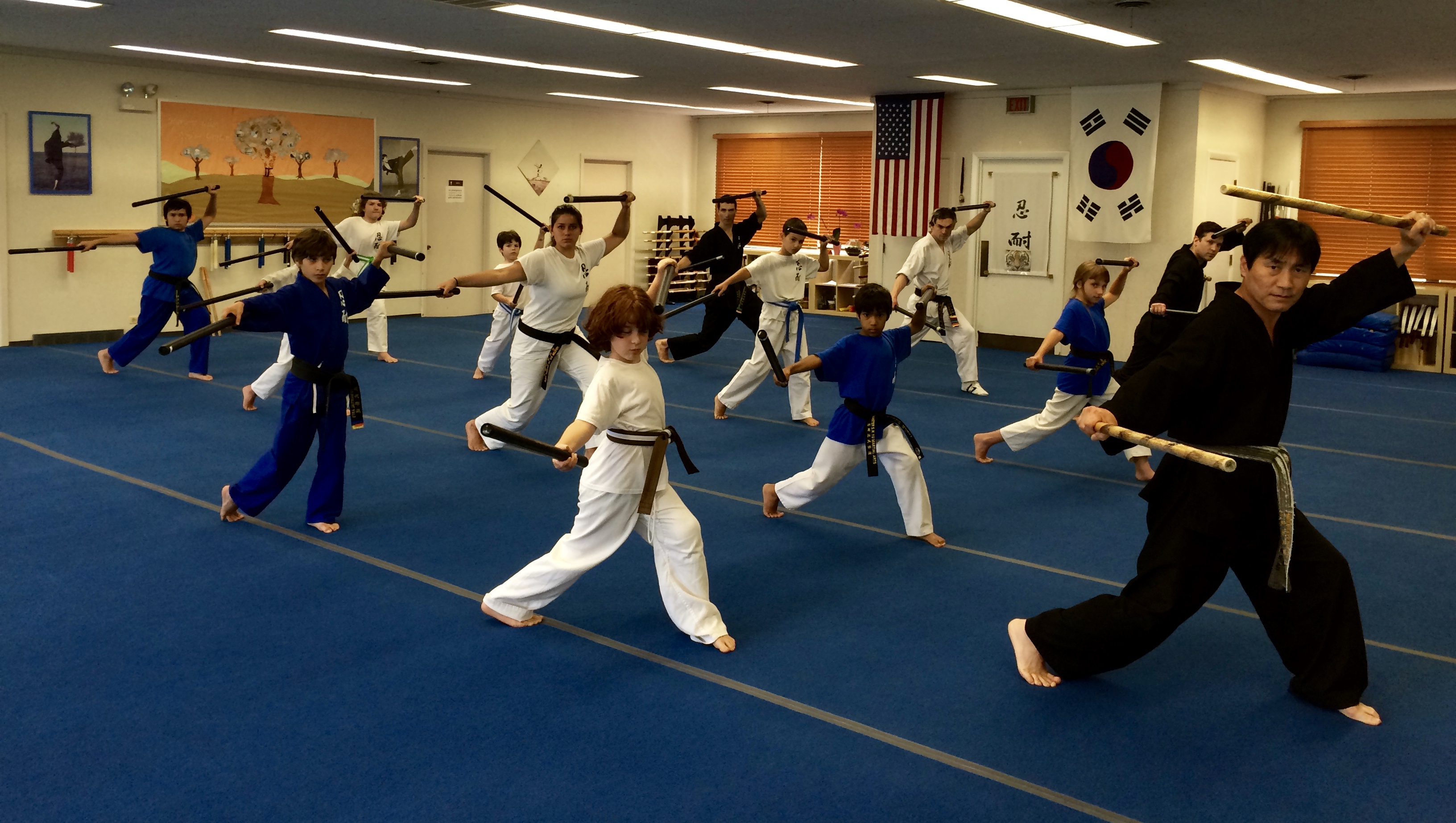 A welcoming feature of Master S.H. Yu Martial Arts programs is that martial arts classes are available for children (from preschool on up), teens and adults. In addition to group classes, students can benefit from the many advantages of studying the martial arts by signing up for private lessons and camps and workshops.

While strengthening your child’s physical and emotional well-being are clear outcomes of participating in karate classes, studying the martial arts also inspires kids to be lifelong learners. Give your child the tools necessary to develop the healthy habits that will transfer into all areas of life by enrolling him or her into martial arts classes at Master S.H. Yu Martial Arts.

Is your child interested in studying martial arts with Sr. GrandMaster Yu? We invite you both to observe a class or two for free! Give us a call at (708) 383-3456 or fill out a contact form to sign your child up for classes.

Own your Martial Arts Practice!

Hi everybody! How’s everyone doing?  We want to hear from you.  We are confident you…

Dear Martial Arts Family, In our effort to stay present to our collective well-being, and…

"Jum-bee".  At first glance, the meaning of this command seems to be, "Get Ready"! "Get…